Server binary releases are simple to create. The heavy lifting of releases are automatically handled by the build pipeline but require developers to execute a few small steps in order to execute them.

We started at v22.1.0 because the project has been around for 22 years.

Version gets defined in package.json and it needs to be changed in order for the build pipeline to even consider building a release.

Version also gets updated in common/version.h it's not as important as package.json - but it should be set to at least relatively identify what local version people are running within their codebase.

While CURRENT_VERSION should be updated manually for releases, it always gets written during the build pipeline.

The changelog informs users of what was changed within the release - so they can be aware of expected changes.

It is one of the most effective and important tools to communicate change with users.

Changelog is kept in CHANGELOG.md and follows https://keepachangelog.com/en/1.0.0/

A changelog is a file which contains a curated, chronologically ordered list of notable changes for each version of a project.

To make it easier for users and contributors to see precisely what notable changes have been made between each release (or version) of the project.

People do. Whether consumers or developers, the end users of software are human beings who care about what's in the software. When the software changes, people want to know why and how.

What makes a good changelog?¶

As of this writing it can be found here http://spire.akkadius.com/dev/changelog

This provides pull requests, suggest putting them in a section by them self called "Pull Requests" and providing other high level information above.

Choose the amount of days since the previous release to capture changes since then.

You may need to do some manual massaging of the content to make sure you don't have duplicate of what was potentially released in a version that was put out the same day or yesterday. 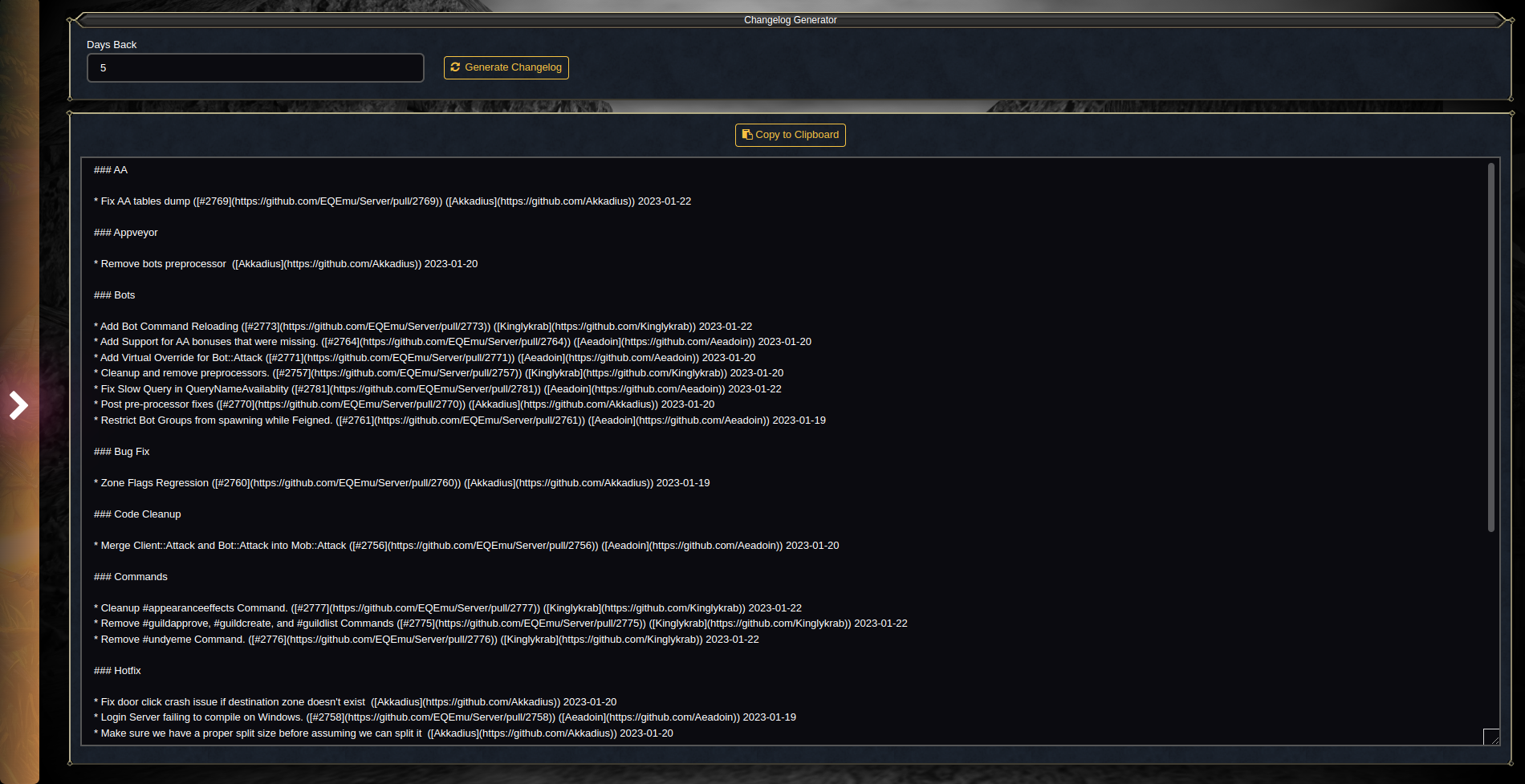 Once you have the above changes ready to go, merge it into master it will trigger a pipeline build and the pipeline will take care of the rest! 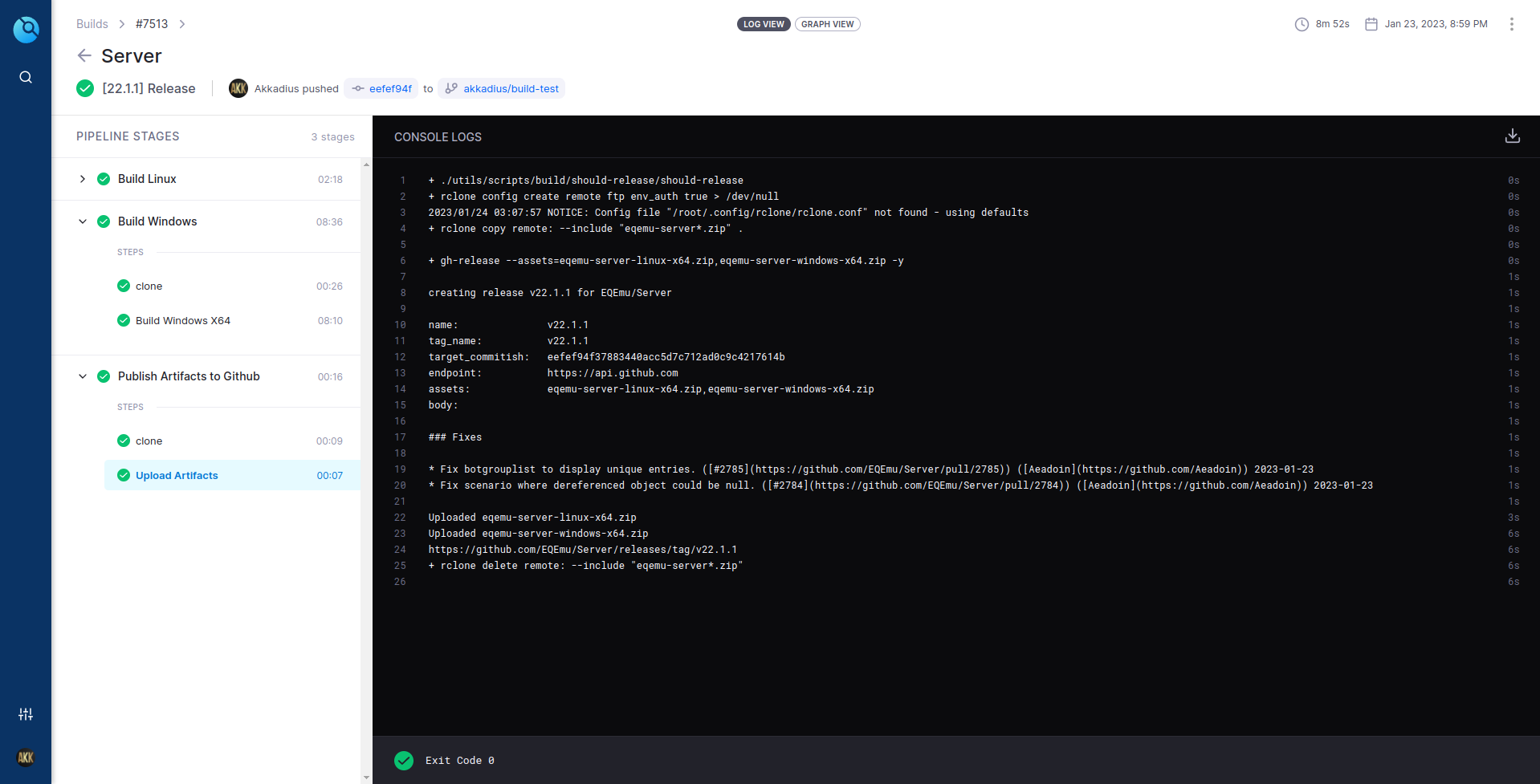 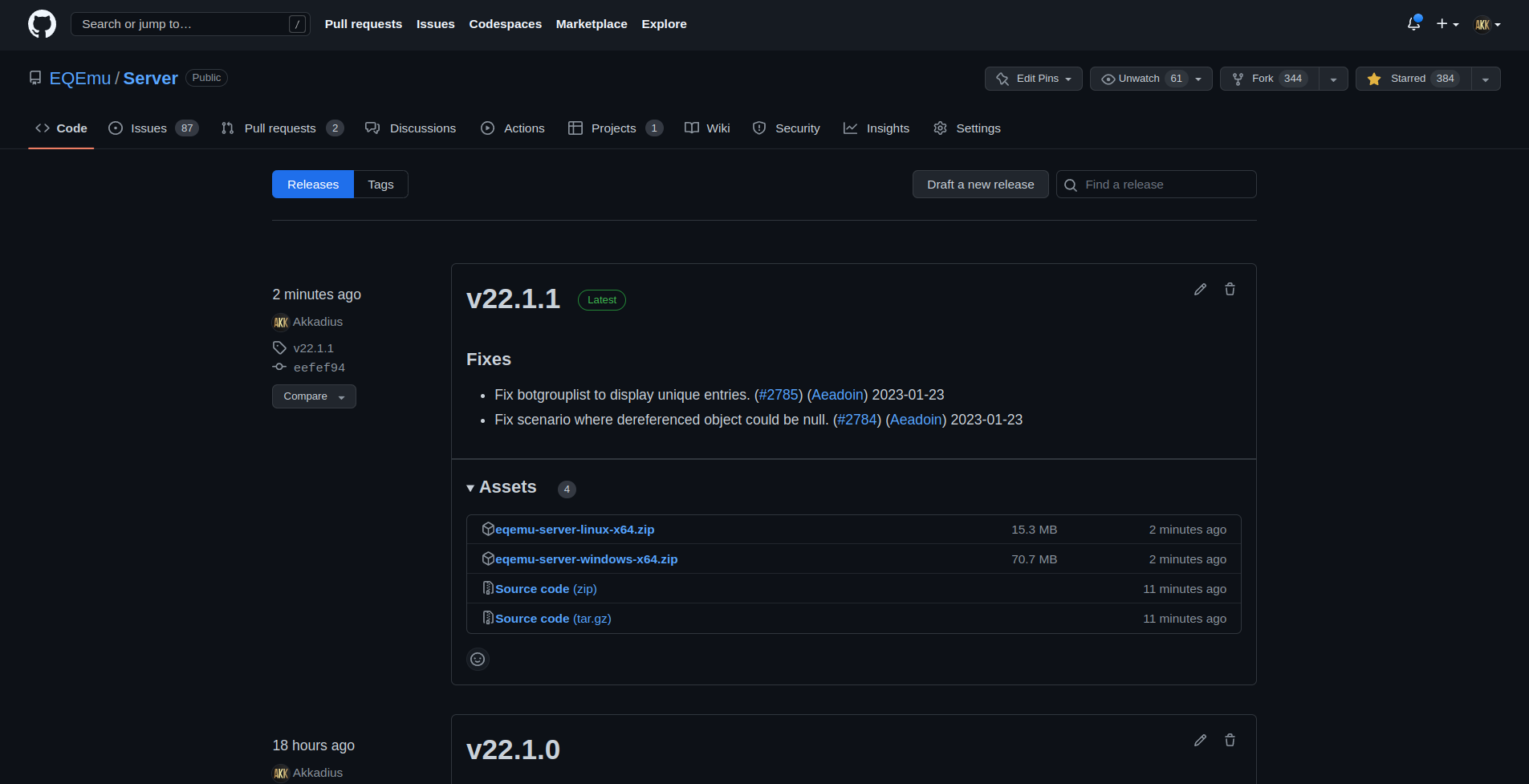 We have an in-house tool built to track and manage releases and crash analytics for server developers.

It can be found at http://spire.akkadius.com/dev/releases