"Recently, we landed massive changes to pathing logic (Navmesh) with NPC's that took a while to iron out but has been an immensely positive addition to the EQEmu server core. With that, it's made us realize how much some related functionality needed to be addressed and that involves "NPC movement logic". We've been needing to address NPC movement logic for years as it has been fragmented and inconsistent all over the code which has made fixing actual movement related issues a nightmare. There are many other technical things that we can go into about it but the important part is that it is much improved! Special thanks to KLS for putting in a lot of work to make this happen" 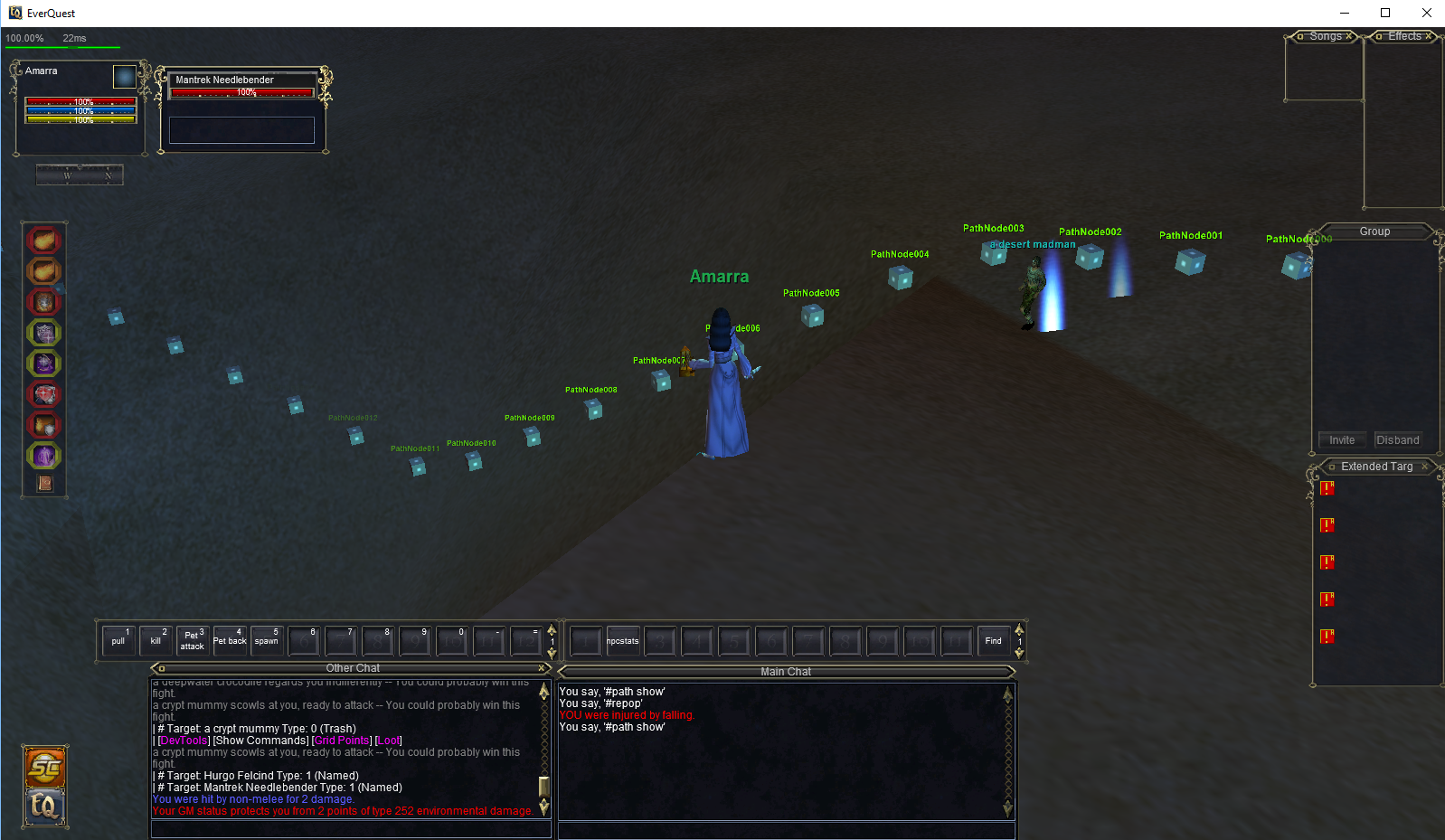 Re-work of #invsnapshot Command and Implementation of Automatic Inventory Snapshots¶

The proper way to reference inventory slots is to use either intrinsic lookups (c/c++ & perl) or to use valid const ref declarations (c/c++ & lua). Any other method is not guaranteed to be accurate and may result in item loss and/or unexpected/undefined behavior

Guide can be found here https://github.com/EQEmu/Server/wiki/Data-Buckets

Please report any other issues with heading, most things were tested and worked

You can use eqemu_server.pl to run a conversion to fix your headings in quests. Some may need manual review.

Added a work-around for heal rotations crashing the server - under certain conditions.

AI spells are treated as "innate" spells (devs use this term, and I think this is what they mean by it) These spells are spammed by the NPC, lots of encounters on live work like this and this will greatly reduce the need to do quest scripting on these types of encounters.

You can safely run update npc_spells_entries set priority = priority + 1 where priority >= 0; if you want to disable this new behavior